PU Strengthens its Efforts to Inspire Young Generation at the I.I.M.U.N Vadodara Conclave 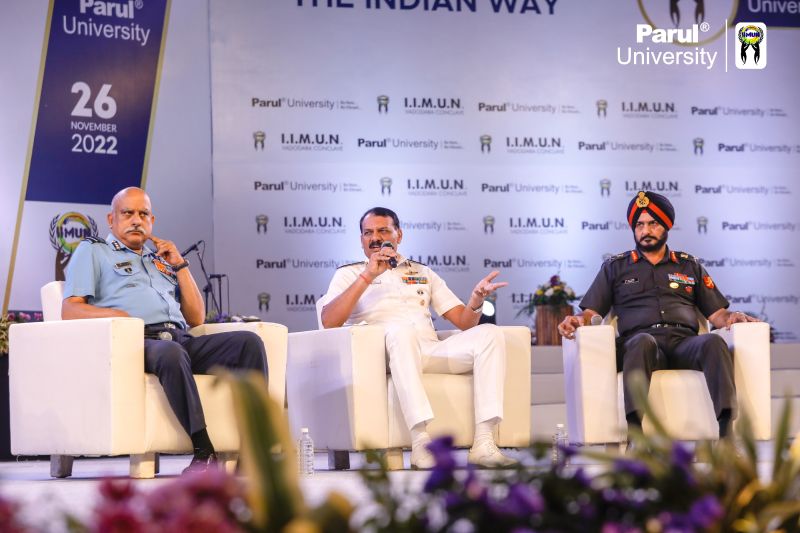 PU focuses not only on helping its students grow academically, but also on helping the youth grow in all aspects of life. On that note, the university hosted a youth-focused event with the goal of equipping students through inspiration from some of the country's most iconic figures. The International Indian Movement to Unite Nations (I.I.M.U.N.) is a youth organisation dedicated to inspiring young students to be global citizens with an Indian mindset. There are 26,000 conference organisers who host conferences in 220 cities and 35 countries. The I.I.M.U.N. Vadodara Conclave brought leaders of the world on one stage to inspire the young generation and leaders of tomorrow. 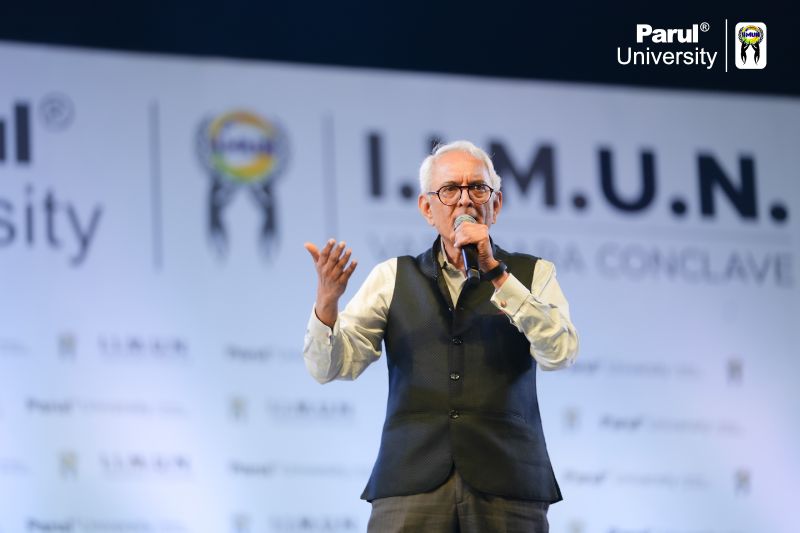 During the event, several eminent speakers shared ideas, opinions, and life lessons to motivate students and young individuals present in the audience. The stellar evening started with a commendable speech from the host of tonight, who’s also a celebrated actor and producer, Ravie Dubey. Shedding light on his association with the I.I.M.U.N., he explained all the good things the organisation has done and the journey of I.I.M.U.N. for the last 10 years. The dynamic founder and president of I.I.M.U.N, Mr. Rishab Shah, during his passionate address stated, “Being Indian is our identity, not the school or college we come from nor our name, belonging from India should be the first thing that one mentions while being asked to introduce themselves.” 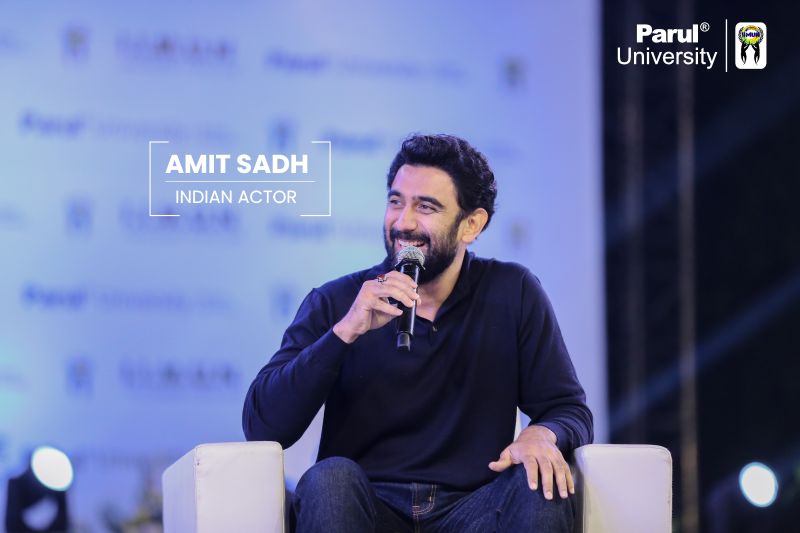 Starting with the conclave, the first speaker, a mental health activist and educationist Dr. Neerja Birla gave some inspiring insights. She said, “Mental health impacts your life. It could reflect in your behaviour, emotions, and the way of your thinking. It is the fever of your brain. Mental health is an overall umbrella of the overall physical health. If you have a fever or fracture you go to the doctor, but if you have a fever or brain or depression, you will hesitate. My ambition is to create awareness about that. Yoga and Medicine both are important, one can’t replace the other and they both need to co-exist for a person’s overall wellbeing.”

During the panel discussion, Lt. General HS Kahlon talked about the core of a person’s being. He quoted, “The kind of human being a person is going to be, the kind of contribution a person makes to the society that’s what the future of India is going to be.” When asked what India means to him, Air Marshal Vikram Singh was found saying, “For the civilians, India is India; but for some of us working in armed forces, India is a feeling and we feel it more than other people, and that’s something you take away when you work in the armed forces. “Vice Admiral Dinesh Tripathi gave an inspiring answer to all the students seating in the audience that for him, the 15000 people sitting there is India for him. He said, “The India you want to see in the future, it’s right in front of you. The students, the energy, and the power of youth.” 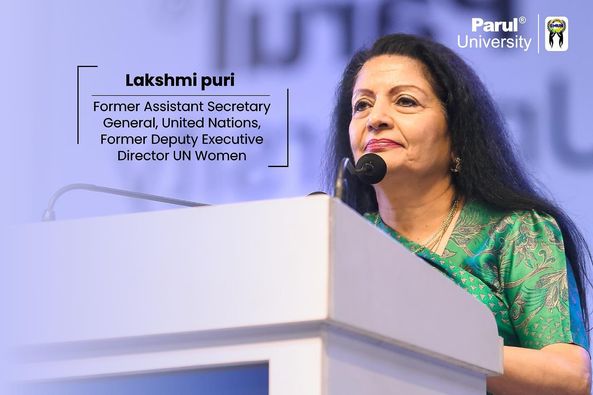 Known for his inspirational talks and relatable life lessons, lifestyle coach and monk Gaur Gopal Das ji during his address to the students present said, “Small things done right consistently will surely make you reach where you want to be.” He further added that, “Success cannot be spelled without the second letter. That is U (you). This country would not be successful without you. This world would not be successful without you. And that’s your power.”

During the panel discussion with talented actress and host of tonight, Ridhi Dogra, when asked to give an advice to the students present, Former Indian Football Captain Bhaichung Bhutia was quoted saying, “Anybody anything you do, to succeed in life, you need to have passion for it.” While the awarded method actor, Amit Sadh responded by saying, “The first step to success is to hold on to the integral values we have. You have to follow your passion and not let anyone hold you back.” 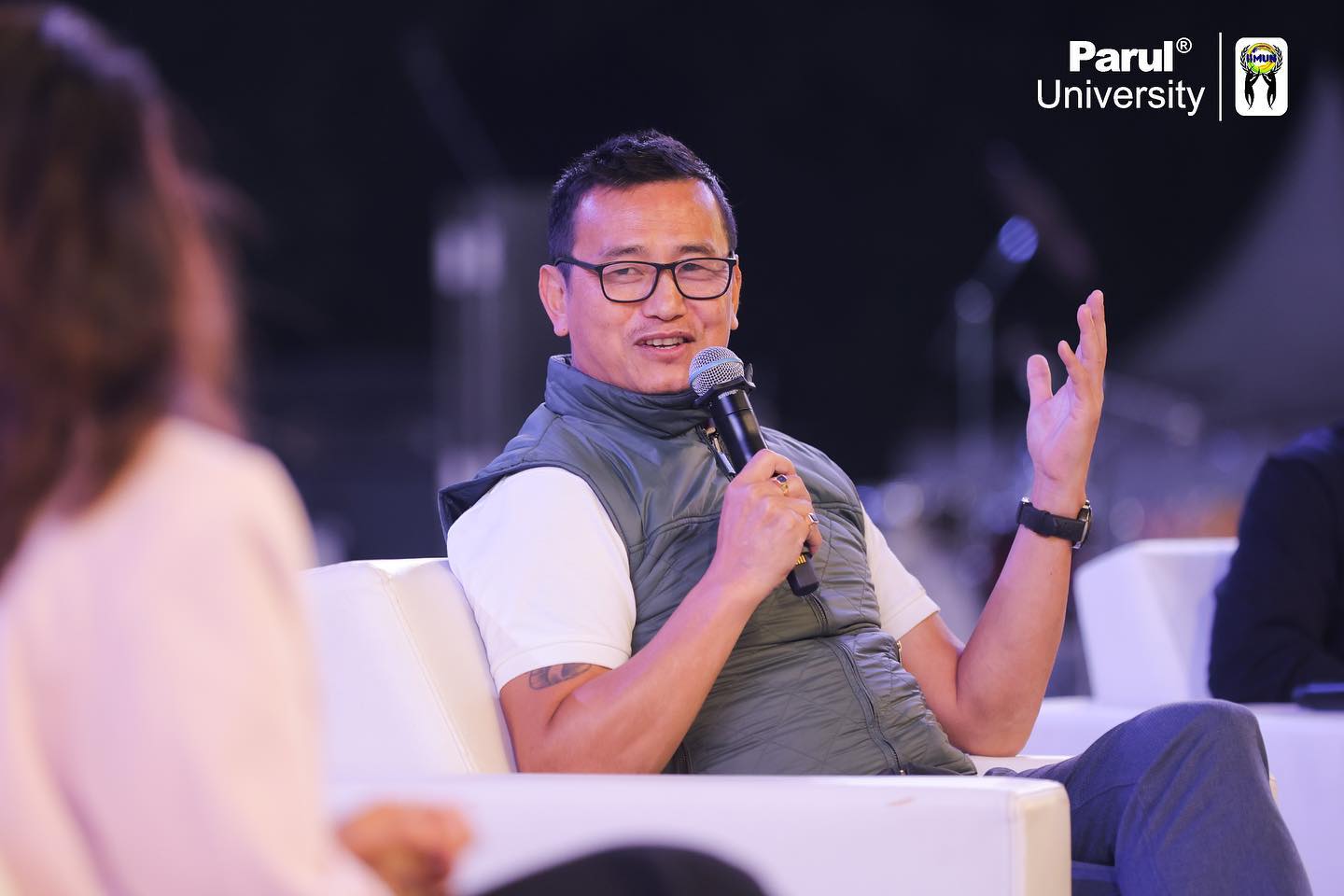 While talking about India’s relationship with the neighbouring countries, Amb. P.S. Raghavan said,”You can't make a dent in the world if you don’t have the harmonious neighbourhood. There will be frictions, but India has managed to have good relationship with the maximum nations.” He also talked about India’s political-geographical scenario with countries like China, Pakistan, Sri Lanka, Bhutan, etc. during his address.

Former Director of UN Women and Amb. Lakshmi Puri, during her final address at the I.I.M.U.N’a Vadodara Conclave, said young Indians should be internationalist. She went on to say that the honourable Prime Minister and the son of Gujarat Mr. Narendra Modi is the anchor in India’s internationalisation and it’s the best time for youngsters to exist under Mr. Modi’s capable leadership. She further gave several other inspirational notes to the students during her address. 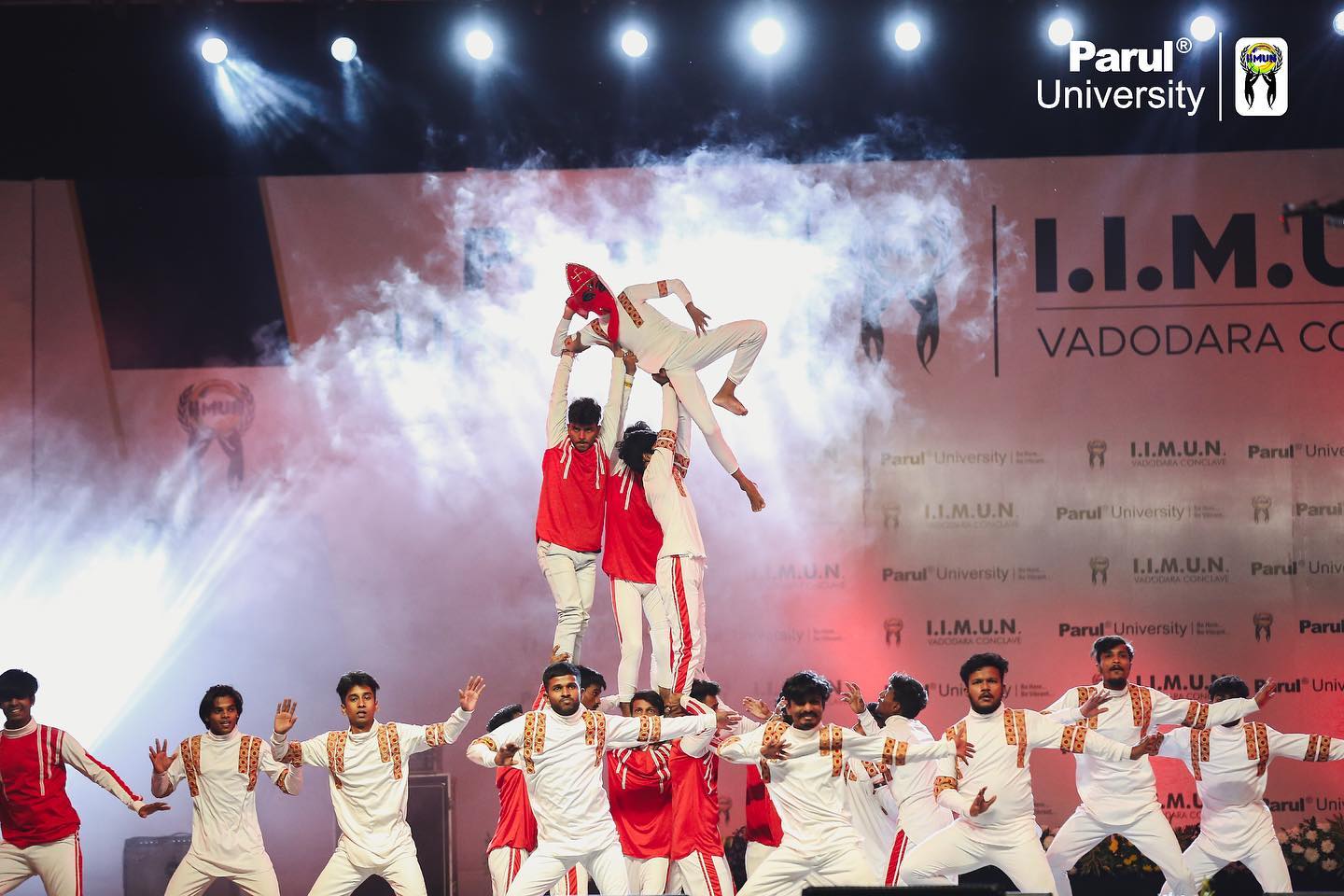 All these prominent personalities from all walks of life gave 15000+ students an inspirational night to cherish forever. And the performance of famous dance troupes, such as V-Unbeatables and Zero Gravity, and eminent singer Leslee Lewis performed live, provided them with the perfect touch of entertainment creating an unforgettable and stunning evening for everyone in attendance.