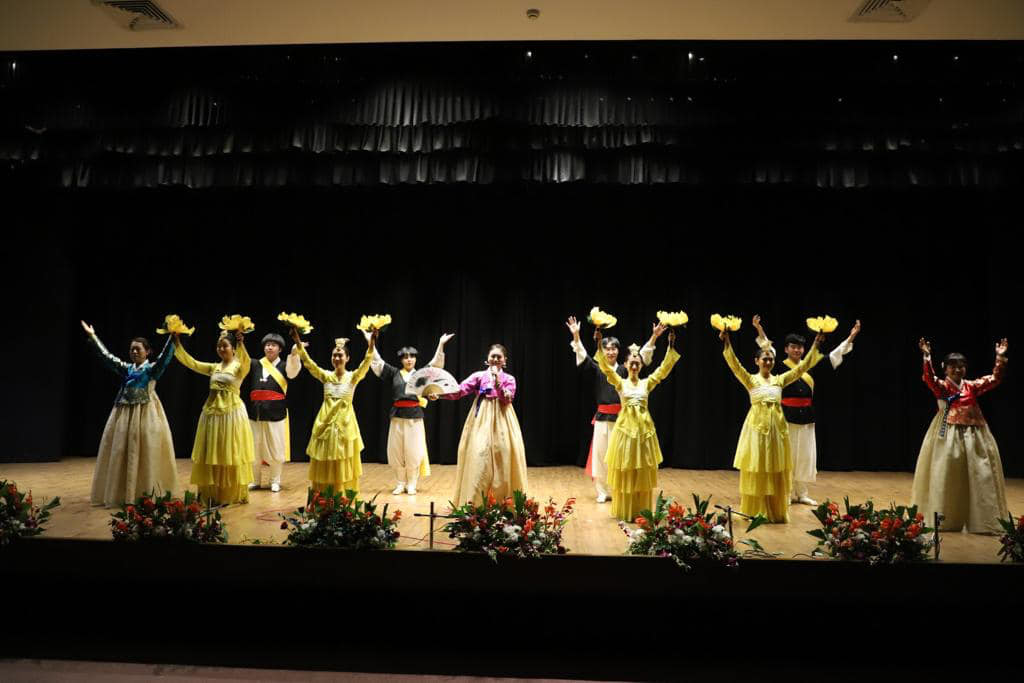 Culture is an ever burning flame, that lights up the hearts of many and brings people
together. PU, once again lit up the torch of culture, that
brought people of different and diverse backgrounds together. The Korean music festival
held on the 12 of December 2018 brought together people from vast and diverse
backgrounds to witness yet another breathtaking display of the riches the Asian culture
holds. This marked as the second cultural festival jointly organised by the host University
and Indian Council for Cultural Relations.

The success of this acts as another milestone of Parul University’s gradual increase towards
diversification, a shared sentiment and agenda which has been constantly acting as the
binding tool, between the host University and the ICCR. Further enriching the festival, was
the attendance and participation of a European delegation in representation of Poland,
Portugal, Cyprus, Slovakia and Germany. Within the group was also the finest blend of
international students from Africa and Bhutan who expressed a deep sense of appreciation
for the festivities.

The elegantly dressed Korean performers comprised Kim Gayoung, Lee Miso, Hung Jungmin,
Kim Hansol, Lee Minji, Ko Sookyung to mention a few. Their first stage appearance was
marked an energetic performance of the Sanjo, a dance performance marked by the
collection of scattered rhythms and movements with the performers only using body
movements. Pansori was the second performance which marked by the loud vibrance of
the drums complimented by a melodious folk song. The folk genre is story telling
permanence popular amongst the grassroot societies of South Korea. Other performances
of the evening include the Sugdaemari, Chimhyangmu and the Flower banquet.
Expressing his appreciation for the performance the University President Dr Devanshu Patel
said “the art of story within these folk performances, carries stories which have meanings to
all of us, and no matter our backgrounds we can always relate to the meaning. This is the
main reason why Parul University will always make constant efforts to emerge a cultural hub
embracing internationalisation. It is the constant trust and support from Governmental
bodies such as the ICCR which gives us the ability to keep on bringing cultures together and
promote global education”